Tim Farron elected as Leader of the Liberal Democrats

We are delighted to announce that Tim Farron has been elected as Leader of the Liberal Democrats.

In an all-member ballot for the leadership, 56% of members voted with the result revealed this afternoon.

Tim Farron received 56.5% of the votes and in second place Norman Lamb received the backing of 43.5%.

The new leader will be holding his first rally this evening at 7pm, where he will address hundreds of party activists for the first time as their leader. You can watch the action live from 7pm on our website by clicking here. 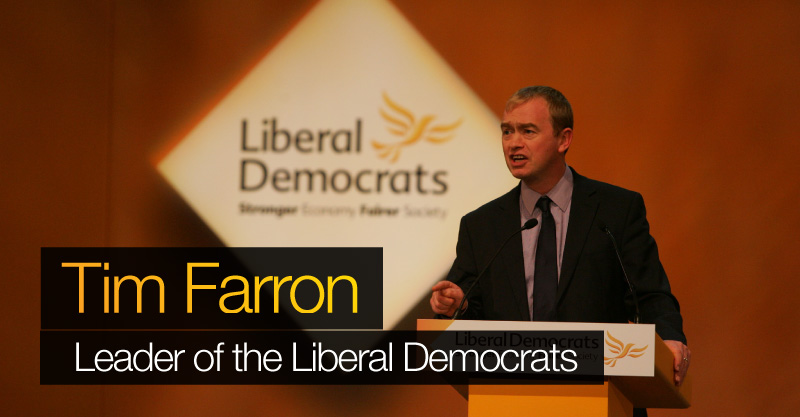 “Tim Farron is a remarkable campaigner and a man of the utmost integrity and conviction. “He is a natural communicator with a rare ability to inspire people and rally them to our cause. He knows how to win and I have no doubt he can pick the party up and get us fighting again.

“It has been a pleasure to serve alongside Tim in Parliament and a privilege to consider him a friend. I know he will be a brilliant leader and he will always have my support.”

“Both Tim and Norman ran distinctively liberal, strong campaigns that spoke to party members across the UK. At numerous hustings and meetings with members, they spoke of their liberal values, the direction they think we should go, and how to best rebuild the party over the coming months and years.

“Tim is a fantastic communicator and his energy, enthusiasm and passion will inspire and drive the Liberal Democrats back to winning ways."