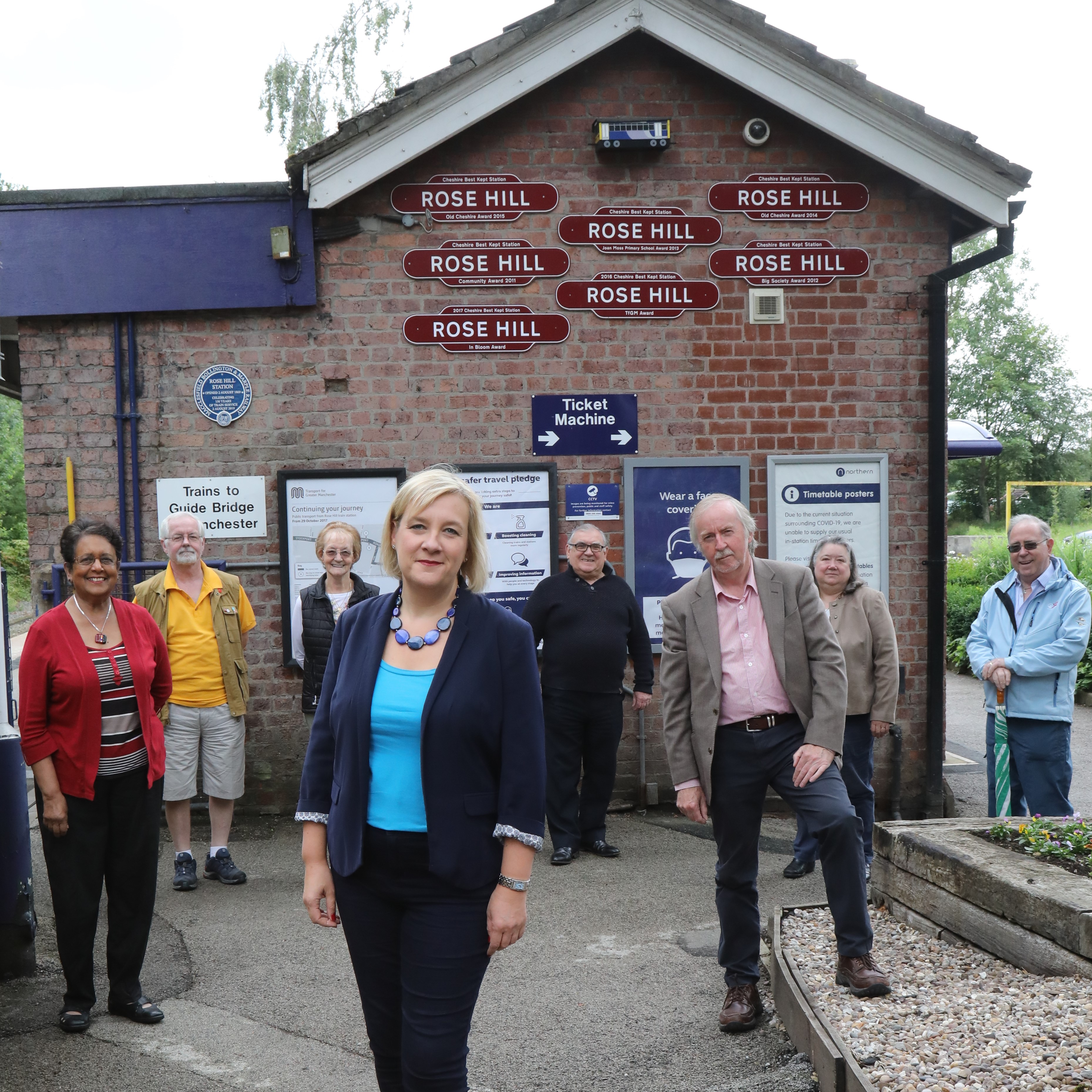 Below are some the answers to some Frequently Asked Questions about our campaign to Save the Rose Hill Rail Line.

After arranging a petition, launching a Councillor Call for Action, calling an extraordinary Area Committee Meeting with transport officials and resolving to fund a rail service themselves, local Liberal Democrats are delighted to hear that the government have now climbed down and instructed Northern Trains to reverse its decision to cease service on the Rose Hill, Marple line.

What does this mean?

Northern have been instructed to run a partial service at peak times from Monday 14th September.

From 26th October, Northern will run a 90 minute service between Rose Hill and Manchester Piccadilly.

What constitutes a partial service?

Northern will run a reduced service in the mornings and evenings.

(Scroll down to School train service!)

There will be six shuttle buses as well running between Rose Hill and Woodley and calling at Romiley.

What did the Lib Dems do to make this happen? 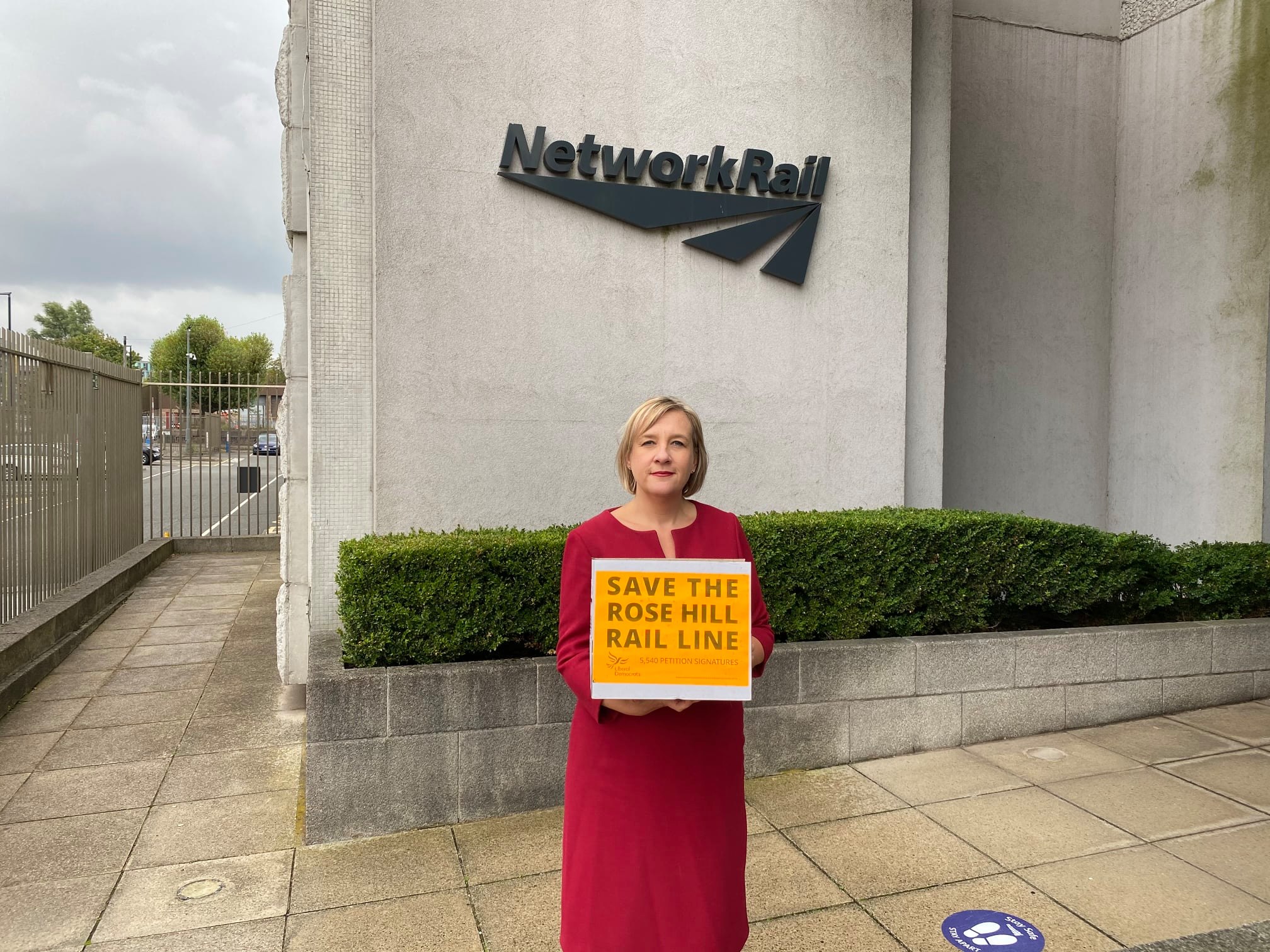 Below are copies of the letter which we sent to the Department for Transport and the reply which we received. 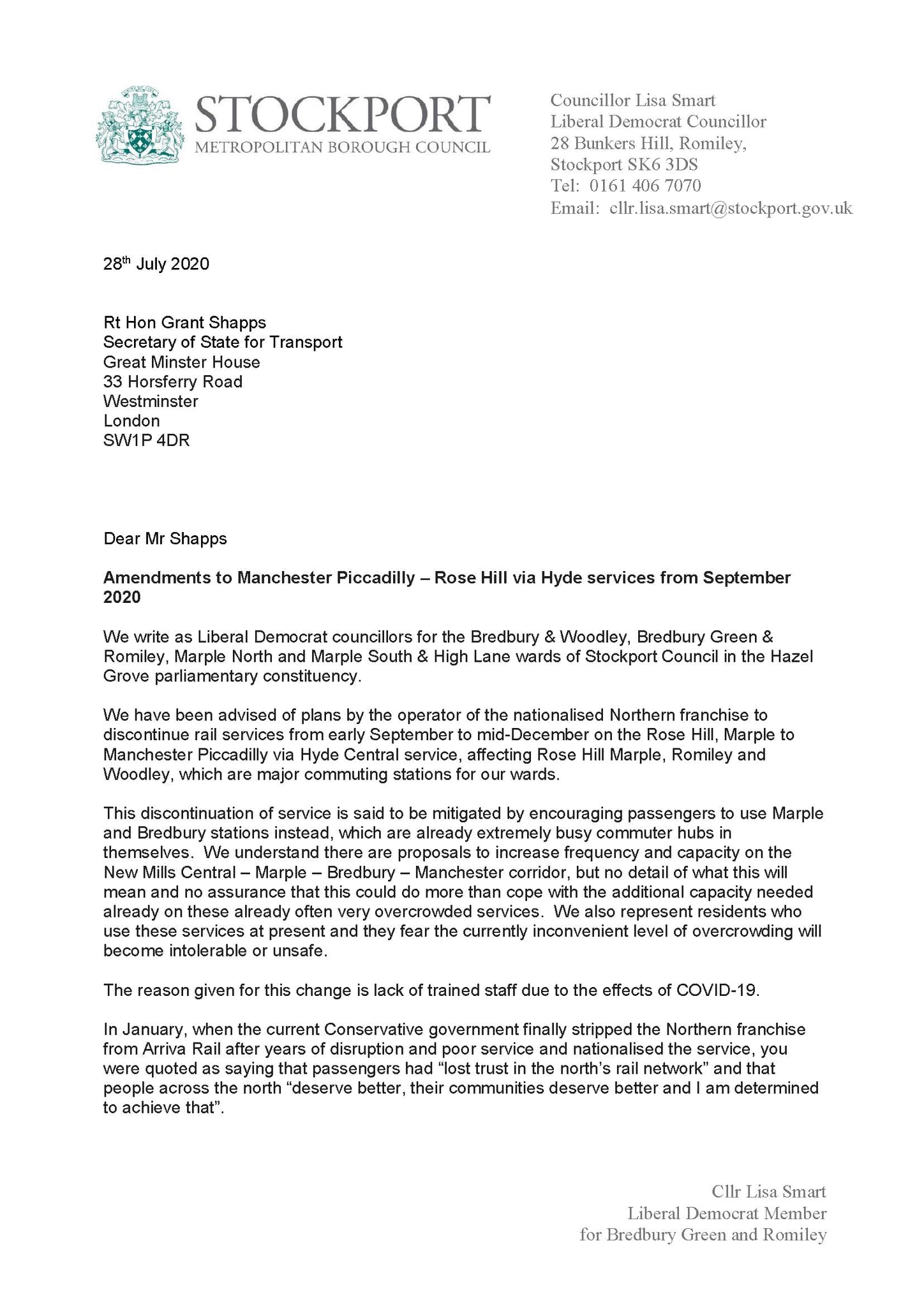 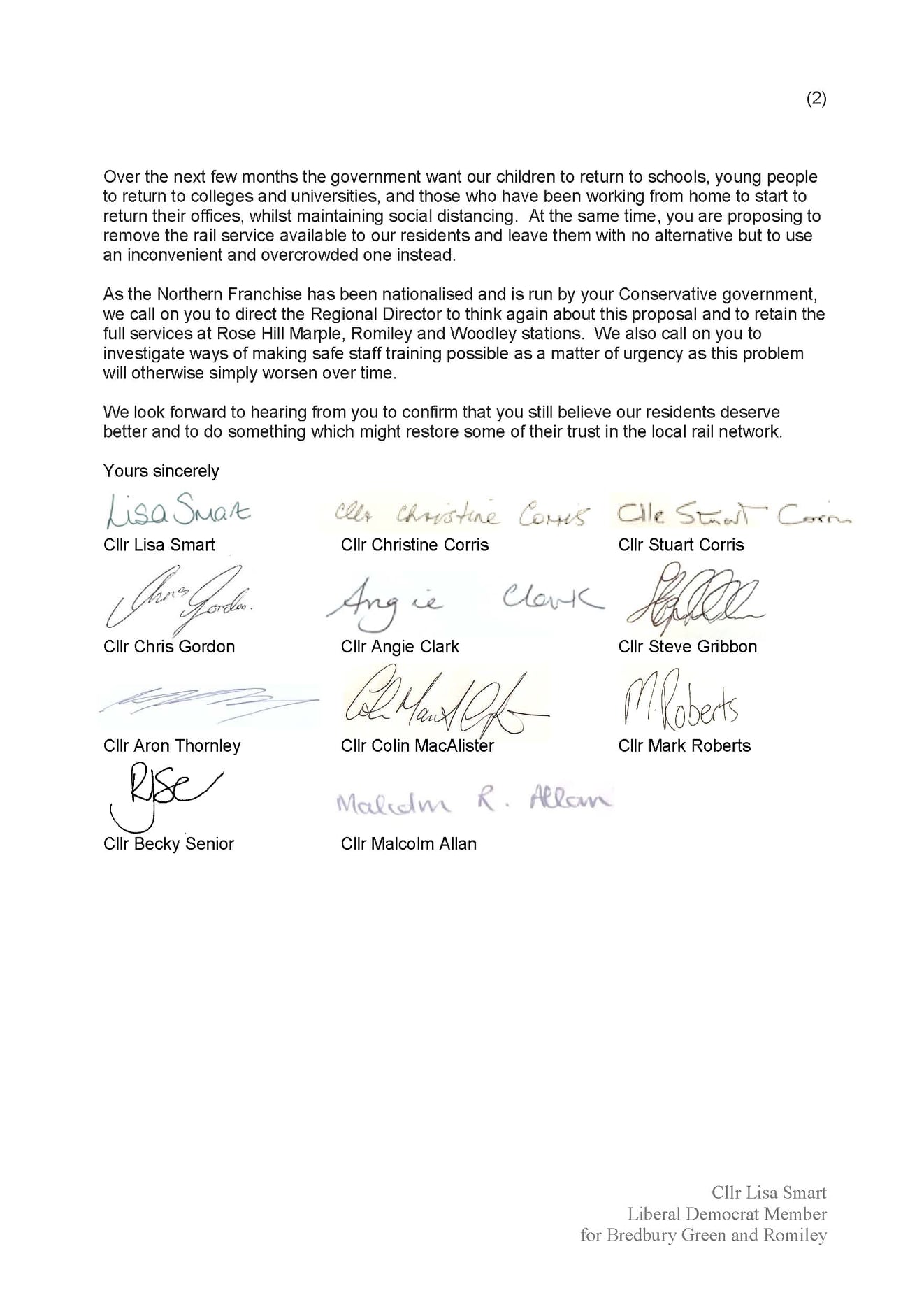 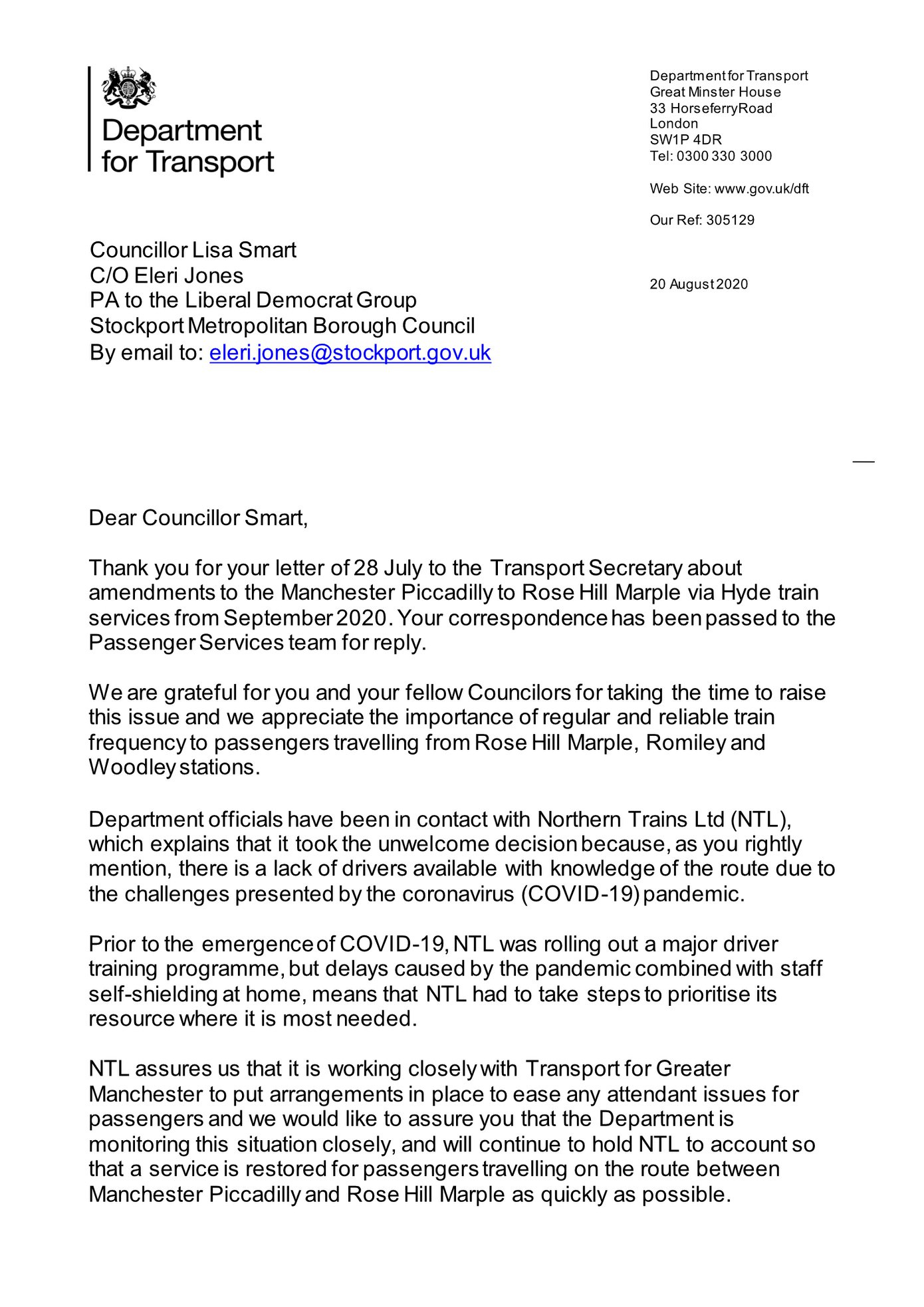 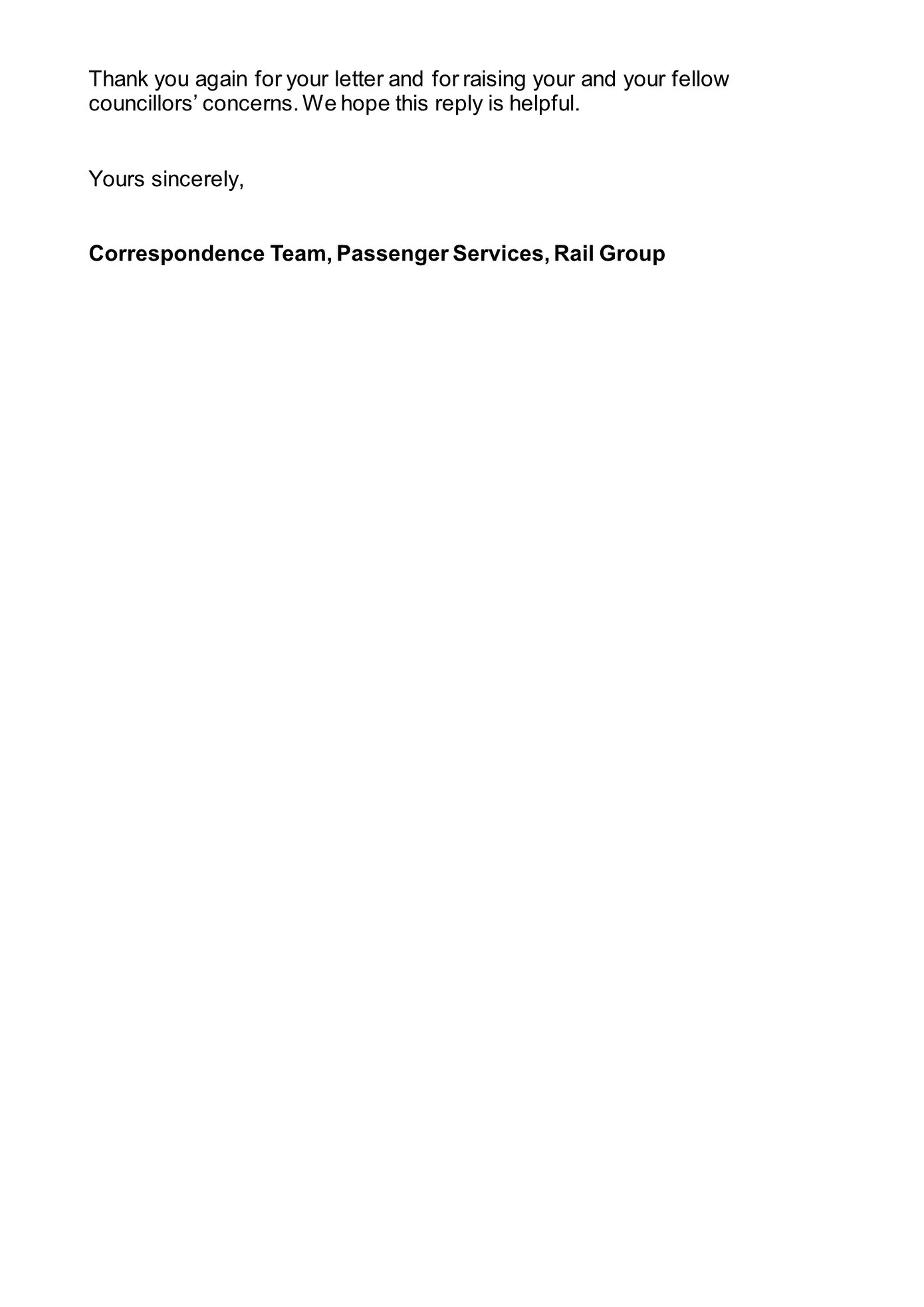 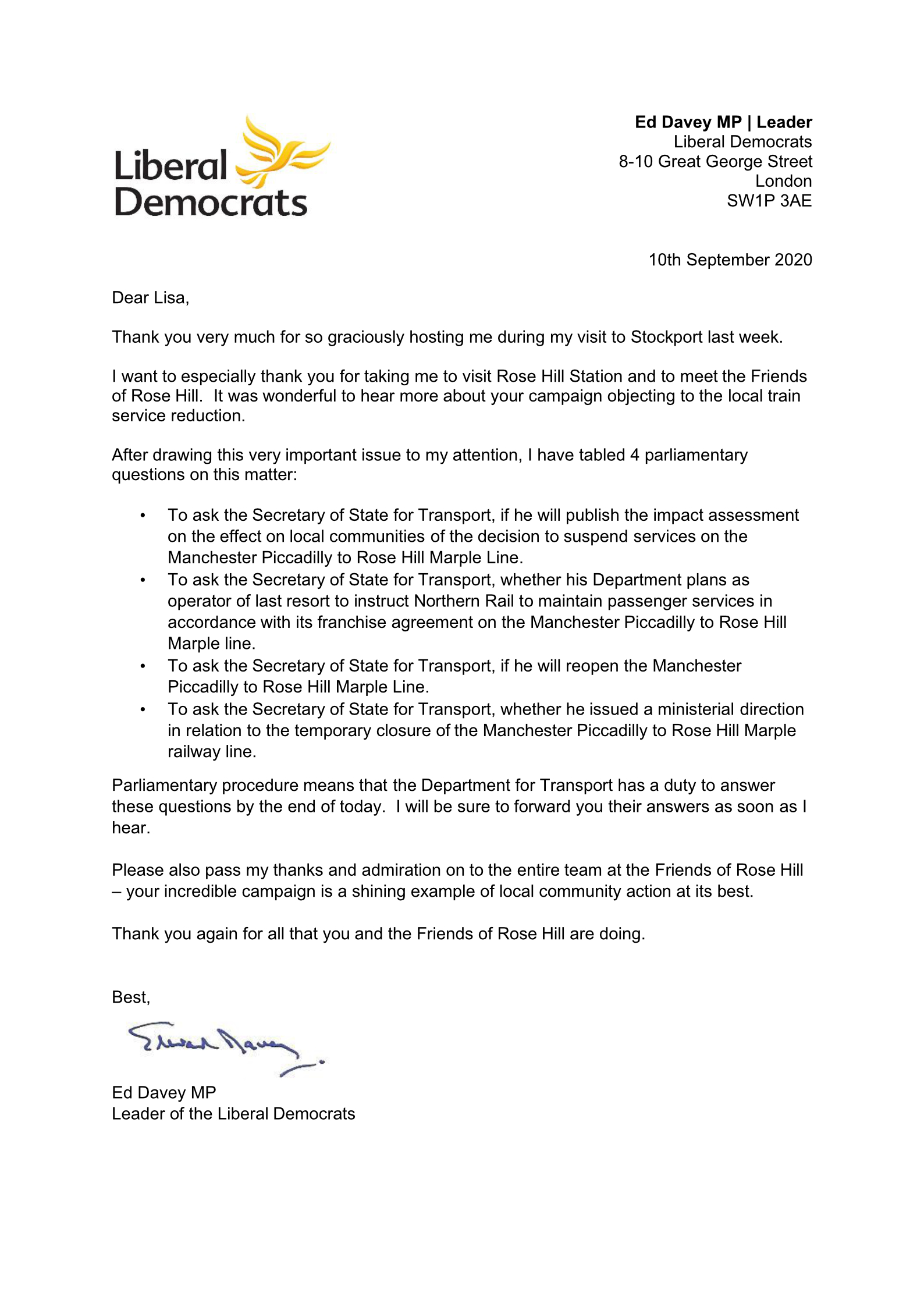 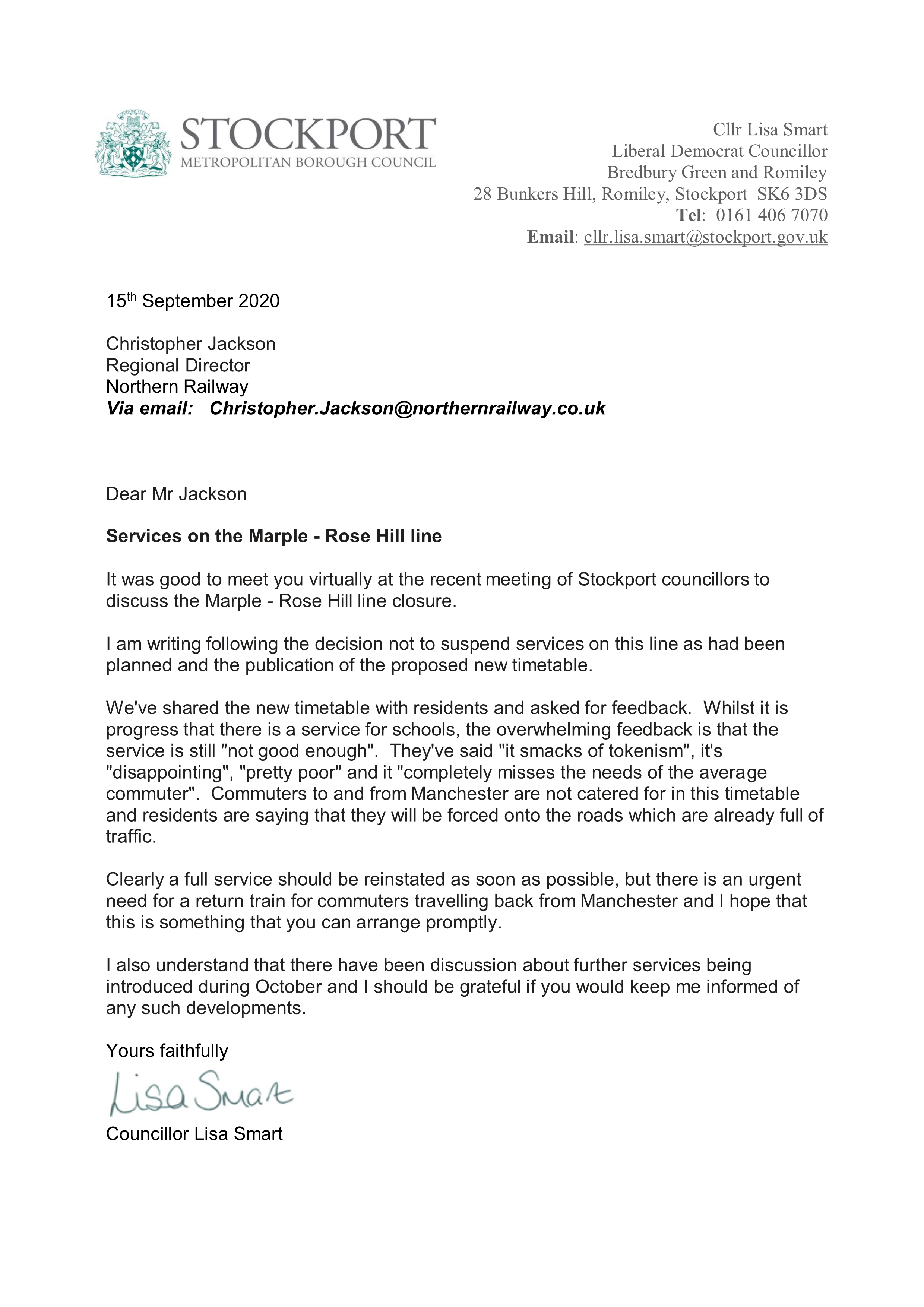 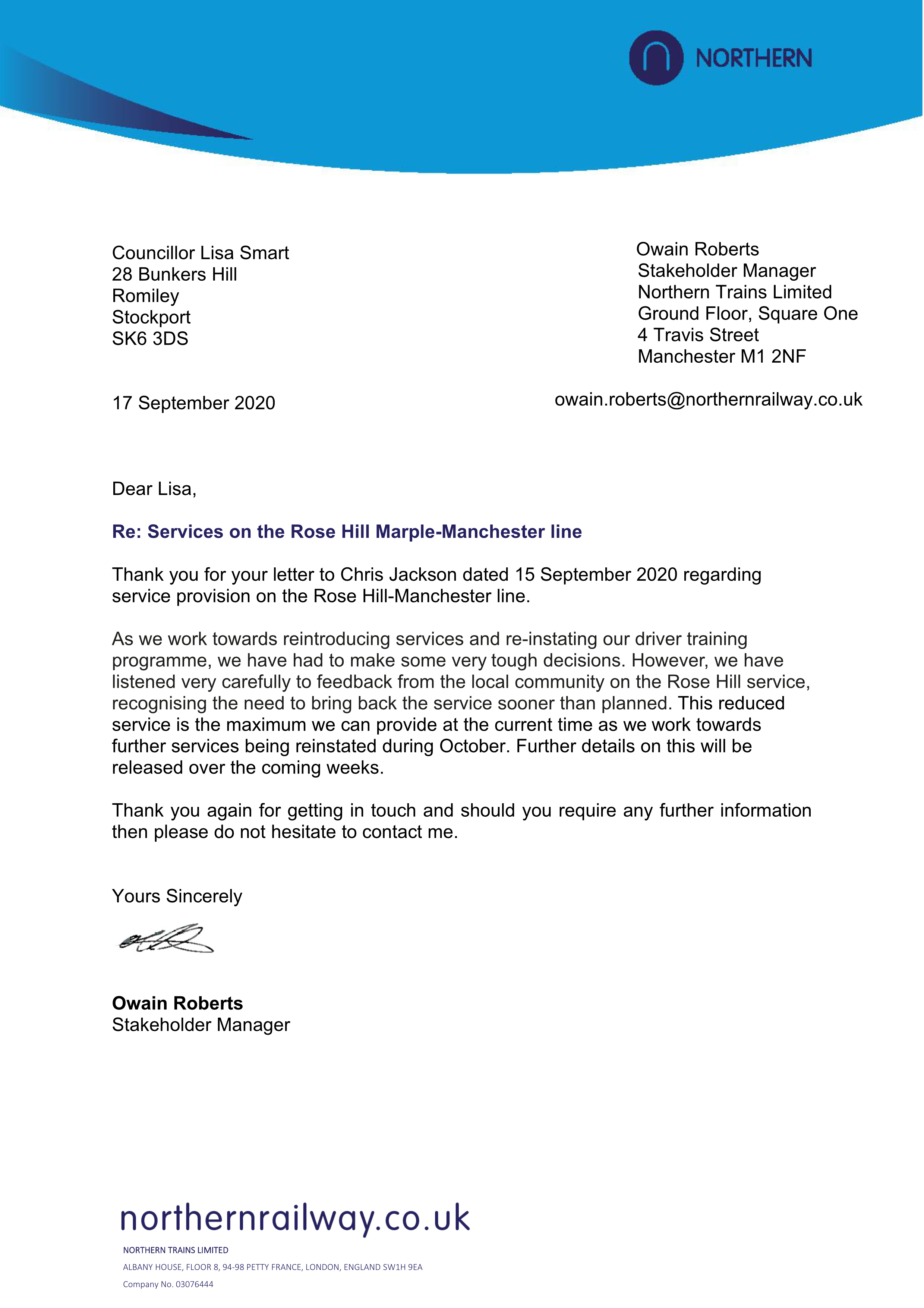