Mike Yates from Marple received a RIBI Champions of Change Award from the Deputy Prime Minister in London last week for his volunteer work helping to fight polio in India.

The Champions of Change Awards are designed to recognise the unsung heroes — people who work hard to champion change, do good and enhance lives by their initiatives. 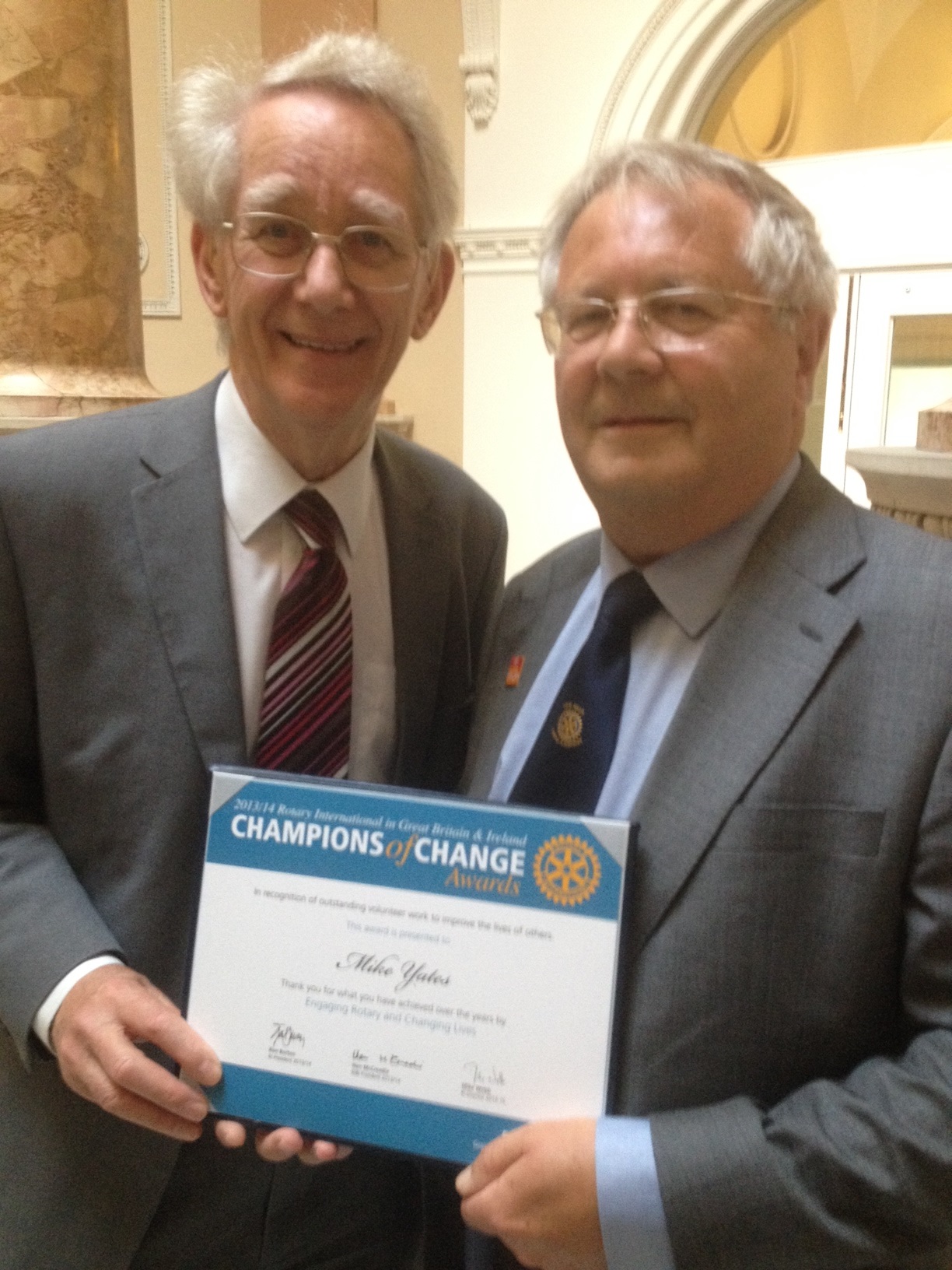 Mike’s MP Andrew Stunell was there to congratulate him:-

“Mike has an inspiring record of helping others, and I was delighted to see his work recognised.  These awards by Rotary International are a great way of making the good work done by people like Mike a bit more visible.”

Deputy Prime Minister, Nick Clegg, who hosted the event said about the Champions of Change winners –

“It was an honour to congratulate them.  They have all given so much time, so selflessly, and with so much passion to help others and make our society stronger and fairer. From Sidcup to Sumatra, they are helping people deal with some of the biggest challenges possible. And, every step of the way, they are inspiring others to get involved and help out.”

Mike, who is a member of the Rotary Club of New Mills, Marple & District, is passionate about Rotary’s polio eradication campaign and since 2006 has personally organised and led nineteen groups of Rotarians and supporters from RIBI to various cities in India to assist health volunteers in National Immunisation Day events.

The ceremony was held at Dover House, Whitehall, hosted by the Deputy Prime Minister accompanied by Nan McCreadie, President of Rotary in Britain and Ireland.