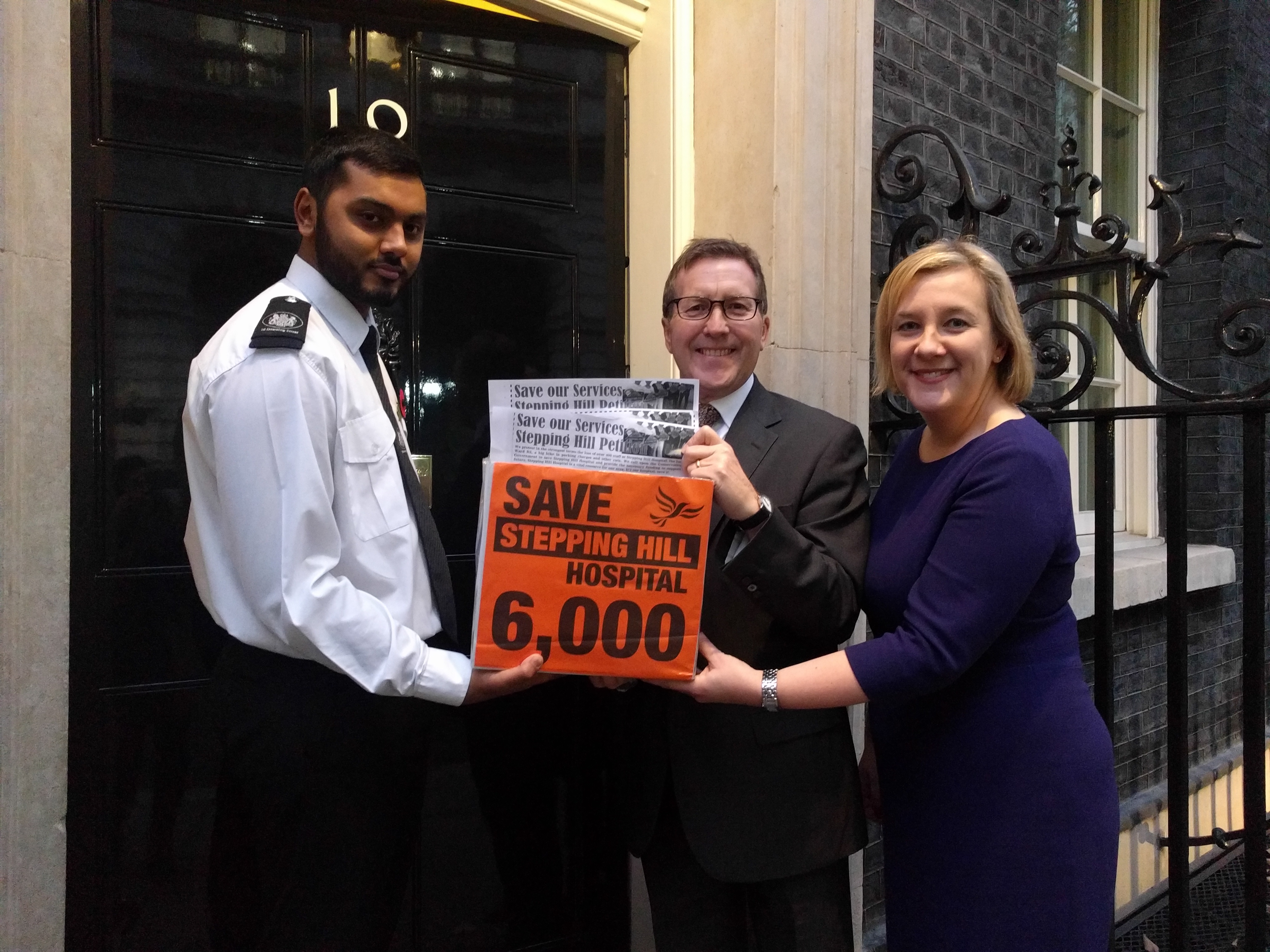 Stockport's Liberal Democrats have increased the pressure on central government to tackle the funding crisis facing Stepping Hill hospital. Last week councillors Lisa Smart and Mark Hunter presented a petition, containing well over 6,000 names, to number 10 Downing Street to demonstrate local concerns over the future of the NHS. This follows Lib Dem demands a week ago that KPMG, the consultancy appointed to help turn around Stepping Hill's fortunes, return their £2million fee after failing to see any significant improvement.

Stepping Hill hospital has been in turmoil since plans were announced - without warning - to close a ward and reduce staff numbers by up to 350 posts earlier this summer. In addition, it is believed that the NHS Trust that is responsible for the hospital has plans to sell off a large part of their current site for housing development in order to raise more money.

The Lib Dem petition calls for urgent central government action to tackle the financial crisis facing the hospital and claims Stepping Hill is a vital resource for our area. Commenting outside 10 Downing Street, Cllr Mark Hunter said "Our demands are quite simple, we want the Conservatives to fulfil their election promises and ensure that our local NHS receives adequate funding. At present this is just not happening, and all indications are that things will get worse before they get better - unless there is urgent central government intervention. Local people deserve nothing less".

Cllr Lisa Smart added "We are determined to keep up the pressure on this important campaign - local health services are just too important for us to stand by and let the Tories starve them of adequate funding. We need to see action taken now to safeguard the future of our local NHS".