High Lane U3A took Westminster by storm this week when 50+ members toured the Houses of Parliament and quizzed Hazel Grove MP Andrew Stunell as part of a five day visit to the London sights. 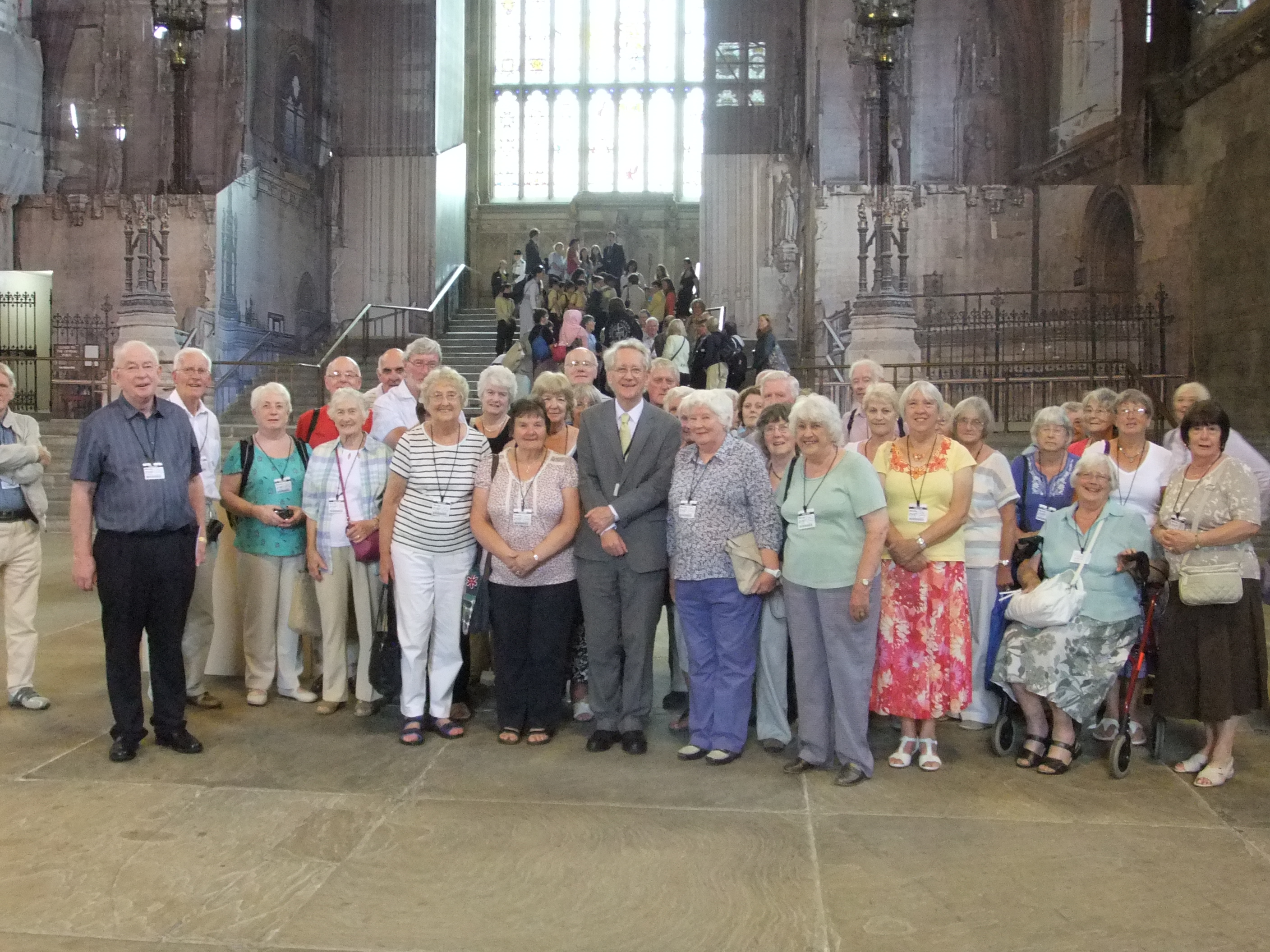 “The University of the Third Age is a fabulous group of older people who keep themselves up to the mark with brain-stretching activities.  I was delighted the High Lane branch made it to Westminster, where they certainly had plenty to say about things national and local.  I’d say it was tougher than Question Time!”

Later in the day, Andrew was the first MP to ask a formal Question in the Commons chamber during the Education question session, about the success of Stockport schools in helping children from disadvantaged backgrounds.

“The party was extremely grateful to Sir Andrew for sponsoring a most interesting and informative visit, also for taking time from his busy Parliamentary schedule to talk to the group. For many it was the first time they had met their MP and several expressed their view that Sir Andrew had answered the many and varied questions in a frank and informative manner.”

The U3A trip included a visit to the Tower of London, Kew Gardens, a cruise on the River Thames, a theatre performance of The Phantom of the Opera as well as a morning’s tour of Parliament.