Local MP Andrew Stunell took the fight against nuisance calls to Parliament again last week when he spoke up for new regulations that will allow information about rogue traders to be shared by regulators, such as Ofcom and the Information Commissioner.

“Nuisance calls from rogue companies are a pain to everyone, and a real threat to some vulnerable people.  Today’s move means it will be that bit more difficult for them to get away with it. It is all part of the Government’s Action Plan on nuisance calls.  Now I want to see the rest of the plan put in place without any delays.”

“This is a real milestone in the fight against nuisance calls.  When public bodies are working towards the same goal, it makes perfect sense for them to work together to achieve it.  The barriers to passing information between themselves have hindered the fight against nuisance calls.  This change means we can make real progress in cracking down on those calls that disrupt all of our evenings.”

This change to the law will enable Ofcom to disclose information to the Information Commissioner, the Financial Conduct Authority (FCA) and the Payment Systems Regulator (PSR) about the conduct of companies which it may obtain during its regulatory activity. 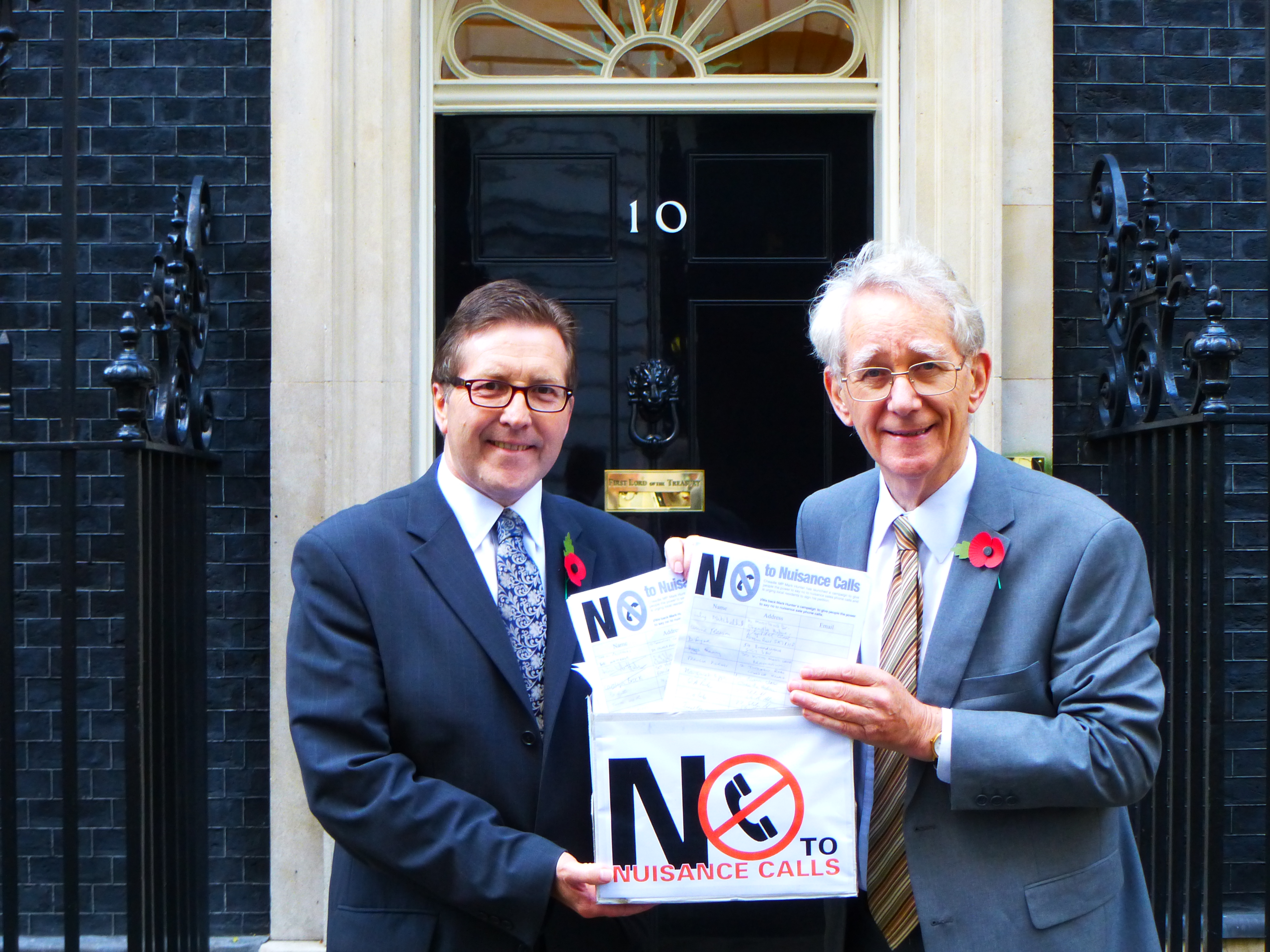 In particular it will assist the Information Commissioner with its enforcement work, including taking action against companies that make unsolicited direct marketing calls to consumers.

Late last year Andrew sponsored a Bill to tackle nuisance calls which required businesses that are engaged in direct marketing to demonstrate that consent has been obtained from those that they contact, and reduce the amount of evidence required by the Information Commissioner’s Office before they may enforce penalties against those companies that break the rules.

Andrew also jointly handed in a petition with Cheadle MP, Mark Hunter, with nearly 1,500 signatures to Downing Street calling on the Government to give people the power to say no to nuisance sale phone calls.